The Creation of a Prairie Garden 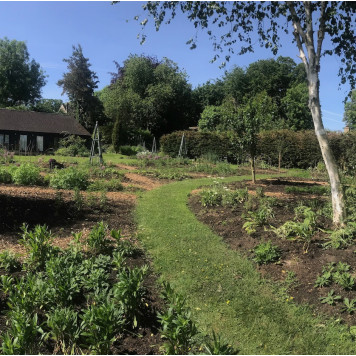 Recent visitors to the gallery will have seen the beginnings of a major garden project, started during lockdown,  to create a ‘prairie style garden’.

The driving force behind the idea was Henry who writes:

“My lawn was a guilty pleasure but I felt it was no longer environmentally justifiable. Perfect stripes free of moss and weed, that took me the best part of 10 years to achieve, was my pride and joy. However, it was also an environmental ‘dead zone’ and it really had to go. ‘Lock Down’ gave me the time to think and research the options.

I liked the idea of a Prairie garden, focusing on a naturalistic look using ornamental grasses, flowering perennials - a “pollinators’ paradise”. Inspired by the Dutch gardener Piet Oudolf, I envisioned a haven for insects, pollinators and wildlife.

Last Autumn I planned an arc of interlocking beds. In February I hired a rotavator and churned up the lawn. It was heavy work but once I had started I found I couldn’t stop! Having completed one arc, I rotavated a second arc, then a third ending up with three large semi-circles. Paths through the beds were laid out with wood chippings. The soil is heavy clay and I ordered 10 tons of compost in order to increase its fertility. I’ve now spread 30 tons - one barrow load at a time!!

A Prairie garden needs thousands of plants and so. in September 2020, I started sowing seeds. Over 40 different plants varying in form, height and colour, which would give continuous seasonal interest.

I have only a small greenhouse so I built multiple shelves. It was soon heaving with plants. It has been a constant churn of sowing, thinning out, potting on and hardening off in the cold frames, raised beds and summerhouse. In November I potted up over a 1000 allium bulbs and they were the first plants to be put into the new beds.

Rudimentary plan of one tier

Alongside the Prairie garden, the summerhouse was completely rebuilt and is the focal point. Also I created a pond & bog garden and a shady glade around the old willow for woodland plants and ferns.

Ambitious plans and time will tell - but gardening is a long game after all. It will take a few years to establish itself but I am hopeful nature will welcome a haven of diverse zones in which to flourish. “

There has been lots of  planning and planting, and we are now beginning to see the fruits of our labour, although it may be many years before it reaches the ideal. 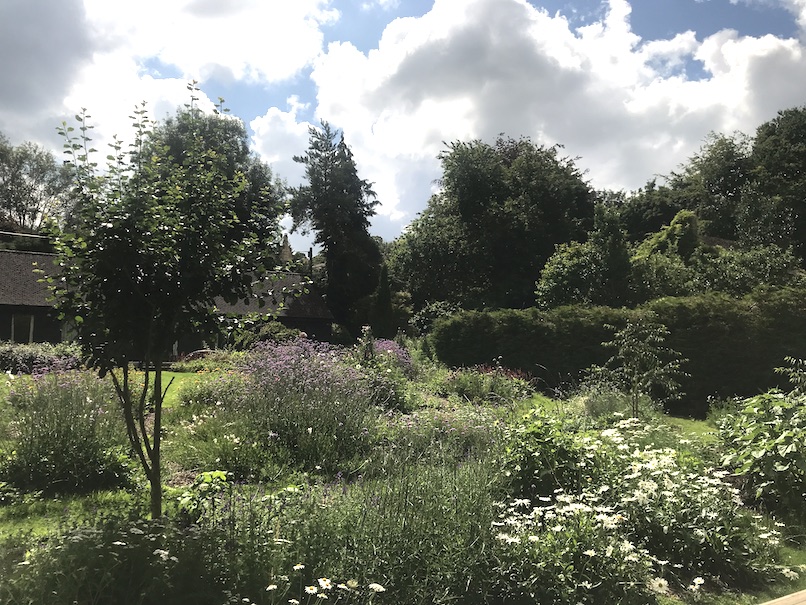